Finding Love at Yoga One 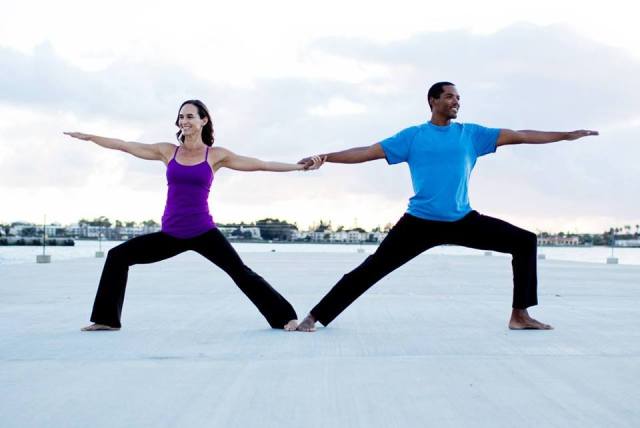 Ally hadn’t taken a yoga class in a long time. Her first (and last) class had been at her boyfriend Evan’s gym downtown. She had agreed to go on a date with Evan simply because when she moved, he was the only person she knew in San Diego. Before she knew it, they’d been dating for six months.

Things didn’t work out with Evan. Ally was the kind of girl who wanted a plan in life and Evan found the whole concept of planning not just unnecessary, but, somehow fundamentally wrong. Just before they broke up, he’d invited her to try the yoga class.

What do you mean you’ve never done yoga? How long have you lived here now? You have to try yoga at least once if you’re ever going to call yourself a local. Evan had pleaded with her.

Evan was right. Yoga was just as much a part of the air in San Diego as salt from the Pacific Ocean. The yoga class itself was fine. The instructor was a thin, bendy woman with her hair gathered in a messy ponytail. Ally copied the poses as best she could and at the end of an hour, she felt tired both physically and mentally from trying to keep up. She wrote off yoga as just one of those things that wasn’t for her.

About two years later on a Saturday morning, Ally was sitting at an open air table at one of the trendy brunch restaurants downtown. Across from her sat tall, lean, dark-haired Tyler. He lived in her building and she mostly saw him in the elevators.

They had the kind of conversations that were always upbeat, slightly humorous, and usually referenced the weather. Ally thought it was strange to talk about the weather in San Diego, where the temperature only varied about ten degrees in a year, but she guessed some things stayed the same no matter where you lived.

After their first conversation, Ally ran into Tyler all the time. Once she even thought she saw him walking out of a coffee shop near her work, but she couldn’t be sure. Each time they met, she caught herself smiling more and touching her hair. Then, just when she was sure he must not be interested, Tyler asked her out.

Most of the men she dated wanted to go out for drinks at night. Tyler had asked her to brunch. And now he was asking her to go to yoga.

They had finished their meal and the bright midday sun struck the awning overhead and made everything in the street blur and their table feel comfortably secluded. Ally couldn’t remember the last time she had so enjoyed a getting-to-know-you conversation.

“Look, I know we don’t know each other very well,” Tyler was saying, “but I’ve got a super good feeling about you. I feel like we understand each other without trying too hard.”

Beneath the table, Ally stretched the cloth napkin between her fingers and smiled at Tyler encouragingly.

“I’m big into yoga and there’s this class that I’d love to go to, but it’s a partner class. I know you said you don’t do yoga, but I was wondering if you would make an exception. I’d love to introduce you to my studio, it’s called Yoga One.” Tyler looked at her earnestly, his eyes bright.

At that moment, Ally thought she would probably agree to go wind-surfing or dirt biking or any other improbable activity that Tyler proposed but she didn’t want to seem too eager.

“Yea, okay, I mean, I can probably give yoga another try,” she replied with a smile.

“Great!” said Tyler. “It’s next week and you’re going to love the instructor. I promise, this class will make up for every mediocre yoga class you’ve ever attended.”

Tyler laughed as if she were joking. “Okay, one more thing. Please don’t read anything serious into this, but it’s called a Valentine’s Yoga class. There are plenty of people coming who are just friends though, it’s really just a partner class and you can bring your valentine, or you can just bring someone you like, totally chill.”

Ally floated through the rest of that afternoon and evening but by the day of the yoga class, she had come down to earth. She worried one minute that Tyler was too serious. She worried the next minute that he wasn’t serious at all. Then she worried about not knowing anything about yoga.

Somehow Ally made it to the studio, signed the registration form, and was ushered upstairs into an airy, skylit yoga room where everyone spoke in soft voices and walked about gracefully on the hardwood floors. Ally saw Tyler already setting out a mat for her and she was glad they would be away from the front.

“Hi, you must be Ally,” said a bright voice at her elbow. Ally turned to see a trim woman with a friendly, open face and loose dark hair. “Tyler told us he was bringing someone new. Welcome, I’m Amy.”

Amy reassured her that the class would be appropriate for beginners and encouraged her to go at her own pace. It was such a nice touch, a personal welcome. Ally stepped onto her mat and smiled a bit nervously at Tyler. But when she heard Amy’s voice invite the class to begin she felt curiously at ease.

They moved through some opening stretches and deep breathing before starting the partnered poses. Ally was deliciously conscious of Tyler’s body near hers and she loved that he always asked or looked to her for consent before touching her back or holding her hand during tree pose. Every move they made was no more intimate than anything she would do with a friend, but Ally felt the current of attraction running between them.

After some time though, Ally became aware of another sensation. Her breath was slow and steady, which cleared her head and brought a small feeling of lightness in her habitually tight shoulders.

The yoga poses were changing the way she felt in her body. Underneath all the layers of her everyday life, working at her desk, leaning against the wall in the elevator, curled up on her couch at night, she felt a latent brightness in her body ready to break free. As if this way of moving and breathing called yoga could make her feel again the way she had as a kid, easy and unselfconscious.

When the class ended, Ally pressed her hands together in front of her heart and softly said “namaste” with the group. She turned to Tyler and smiled. He smiled back with a knowing look.

Ally wasn’t sure what would happen next between her and Tyler. But she did know that this time, she was ready for a serious relationship with yoga.

Experience for yourself our Valentine’s Partner Yoga Playshop

led by Amy and Michael Caldwell

Get in touch with your partner or reconnect with a good friend through the joys and benefits of yoga. Come practice poses together, share some quality time and celebrate friendship and love.

By candlelight you will be guided through fun and accessible partner poses, assisting each other with hands on adjustments and optimal alignment cues, go deeper into your practice and the present moment. Chocolate will be provided. No experience necessary.

Cost: $50 per couple when registered by February 2nd, $60 thereafter. Pre-registration only. The last date to register is February 6th. Space is limited. 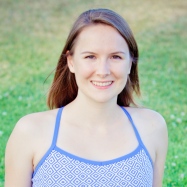 Yoga and Laura had an on-again-off-again relationship from 2004 until 2009 when they decided to move in together and there’s been no looking back since. Passionate about both yoga and writing, Laura loves to introduce others to the joys and benefits of yoga and healthy living.