Becoming One in Ancient Egypt

Posted on February 3, 2017 by yogaoneblog

India is commonly known as the motherland of yoga, but what if I told you that yoga originally began in Egypt and then traveled to India hundreds of years later?

Paintings, engravings, and murals from ancient Egyptian tombs and temples show images of figures in positions that represent some commonly known yoga poses.

According to the book, Egyptian Yoga: Postures of the Gods and Goddesses by Dr. Muata Ashby and Dr. Karen Ashby….

We can find the god Geb (god of the Earth) in plough pose engraved on the ceiling of the Temple of Aset (Isis).

Framing him is the goddess, Nut (goddess of the sky), in a forward fold yoga pose.

Further, we can see Geb in a spinal twist and Ra in the squatting position like Virasana, Hero’s pose.

Dr. Ashby proclaims that yoga was practiced in Egypt earlier than anywhere else in our history, long before the evidence is detected in India (including the Indus Valley Civilization) or any other early civilization (Sumer, Greece, China, etc.). This point of view is supported by illustrative and documented scriptural evidence of physical exercises, meditations, and implementation of wisdom teachings in daily life.

It is commonly believed that the practice of the yoga in India began with the use of the Lotus Pose, which is traced to stone engravings in the Indus Valley culture (1500 BCE). However, the use of the lotus pose here could possibly only symbolize the iconography of meditation. This seated flower position represents a spiritual person who develops detachment and dispassion from the world since it sits in the muddy water but is not touched or affected by the mud. Yoga poses, as we know them in the western world, developed much later in India’s history.

Click here to read more about the fascinating connection between yoga and ancient Egypt on Hannah’s blog, Half Moon Yoga and Art.

The San Diego Museum of Man in accordance with Yoga One San Diego come together twice a month (2nd and 4th Saturdays) at 8:30am-9:30am to hold a special yoga class in the Rotunda. 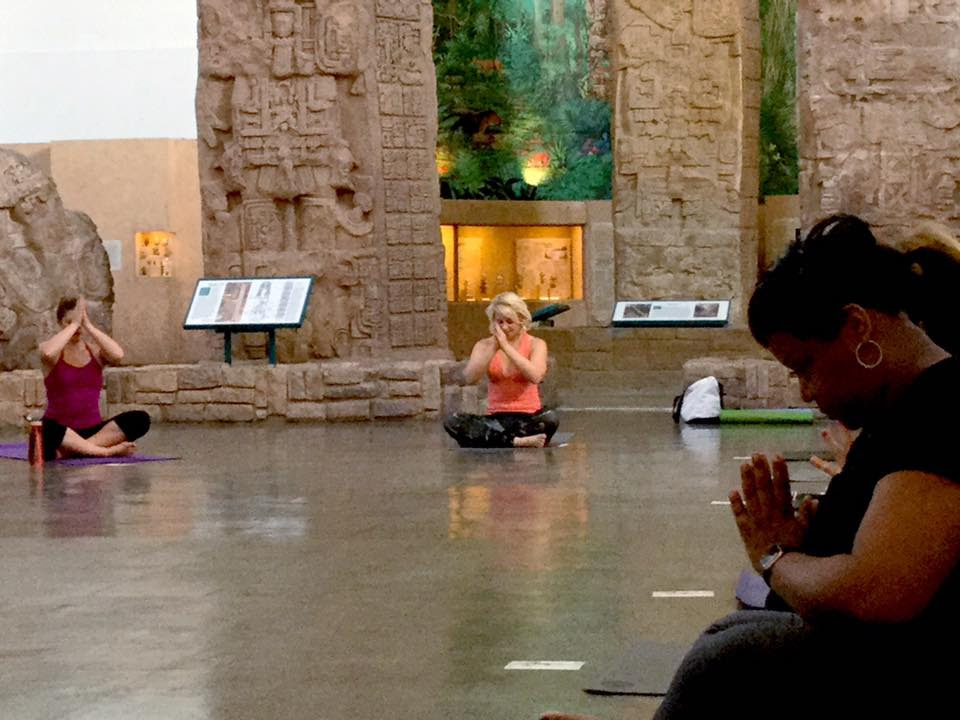 Hannah Faulkner will be teaching class on February 11th, 2017.

Will you join us for this journey in Ancient Egypt?

and be sure to tell the Museum of Man that Yoga One sent you!